I made this meal from Blue Apron the other night.  Here are a few tips I would suggest on top of the recipe.

Recipe from http://www.blueapron.com below the pic I took of my final product 🙂 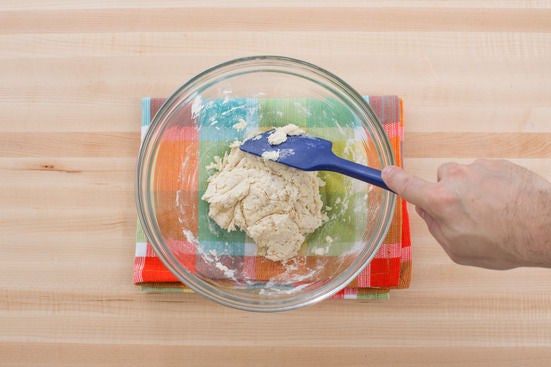 In a large bowl, combine ¾ of the biscuit mix and ¼ cup of cold water; season with salt and pepper. Stir until just combined. Lightly oil a sheet pan. On a clean work surface, divide the biscuit dough into 6 equal-sized portions. Using damp hands, form the portions into rounds. Transfer to the prepared sheet pan and bake 10 to 12 minutes, or until golden brown. 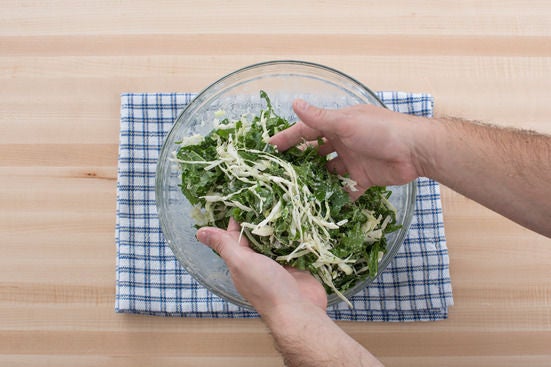 While the biscuits bake, in a large bowl, combine the kale, cabbage, mayonnaise, vinegar and spice blend; toss to combine and season with salt and pepper to taste. Set aside to marinate. 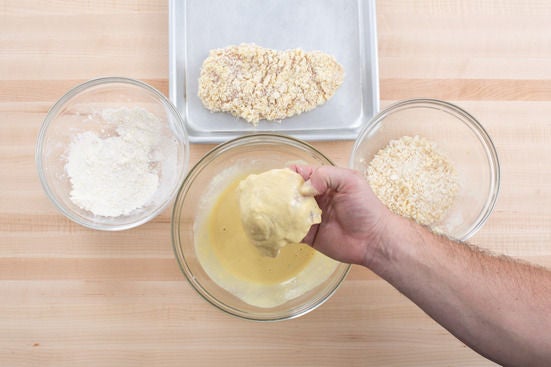 While the biscuits continue to bake, season the chicken cutlets with salt and pepper on both sides.

In a medium bowl, combine the mustard and ¼ cup of water. Place the remaining biscuit mix and breadcrumbs into 2 separate medium bowls.

Place the breaded cutlets on a plate or sheet pan.

In a large pan (nonstick, if you have one), heat a thin layer of oil on medium until hot. Once hot enough that a few breadcrumbs sizzle immediately when added to the pan, add the breaded chicken cutlets. Cook 3 to 5 minutes per side, or until golden brown and cooked through.

Transfer the cooked cutlets to a paper towel-lined plate; season with salt and pepper immediately. 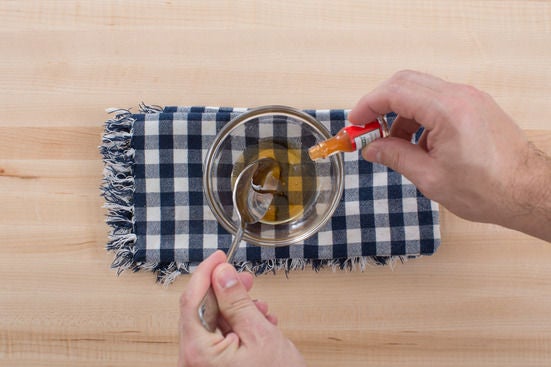 While the chicken cooks, in a small bowl, combine the honey and as much of the hot sauce as you’d like, depending on how spicy you’d like the dish to be; season with salt to taste.

Divide between plates. Serve with the biscuits, kale-cabbage slaw and honey hot sauce on the side. Enjoy!